Epstein-Barr virus (EBV) is behind many symptoms and conditions, including multiple sclerosis, thyroid problems, fibromyalgia, cancer, chronic fatigue, lupus, Lyme disease, eczema, anxiety, endometriosis, infertility, rheumatoid arthritis, aches and pains, eye floaters, ringing in the ears, and many more, Medical communities are aware of only one version of EBV, but there are actually over 60 strains and mutations and each can create different symptoms and conditions as they move through the four stages of invasion in the body.

To understand how EBV works in the body, how it’s contracted, why so many people are sick with it but don’t even know it, how to heal, and more, check out Medical Medium Thyroid Healing: The Truth behind Hashimoto’s, Graves’, Insomnia, Hypothyroidism, Thyroid Nodules & Epstein-Barr.

Below you will find 12 foods that help heal EBV. Include them daily or as often as possible.

Wild Blueberries help restore the central nervous system and flush EBV neurotoxins out of the liver. They also help remove toxic heavy metals from the brain and liver and are a critical part of the Medical Medium Heavy Metal Detox. Wild blueberries smaller than their larger, cultivated cousins and can be found in the freezer section of many grocery stores.

Celery Juice has a subgroup of sodium that I call “sodium cluster salts” that inhibit the growth of EBV (and other pathogens). The sodium cluster salts also attach themselves to the viral neurotoxins that are responsible for so many neurological health issues and carry them out of the body safely so that nerves are less exposed to EBV’s damaging neurotoxins. The unique form of vitamin C in celery juice fuels the immune system so it can seek out and destroy EBV. These are just a few of the ways celery juice helps. For more on its incredible healing properties check out Medical Medium Celery Juice: The Most Powerful Medicine of Our Time Healing Millions Worldwide.

Sprouts are high in zinc and selenium, which strengthen the immune system against EBV. The special probiotics that live on fruits, leafy greens and vegetables are what I call elevated microorganisms or elevated biotics. Elevated microorganisms are not to be confused with soil-borne organisms and probiotics derived from soil. The elevated biotics on sprouts make all the difference when it comes to true absorption of vitamins and minerals to benefit the liver and entire body so it can help fight off EBV and perform all of its other functions. Versus the difficulty, most people with conditions have absorbing nutrients due to the overload of troublemakers in the liver and intestinal tract.

Asparagus has phytochemicals in the skin and tips of its spears that push back EBV and help stop it from reproducing. Asparagus is also an incredible alkalizer, meaning it helps anyone who has become acidic with a load of troublemakers like EBV and its byproducts return to a healthy state.

Spinach creates an alkaline environment in the body and provides highly absorbable micronutrients to the nervous system, which is critical because EBV targets the nervous system when it gets to stage four (read all about the stages of EBV in Thyroid Healing). Spinach binds onto and removes the jelly-like EBV waste matter in the liver that can contribute to mystery weight gain, mystery heart flutters and more. Spinach is best eaten raw to receive its benefits.

Coriander (Cilantro) is a miracle worker for EBV. It’s critical for binding onto toxic heavy metals such as mercury and lead that feed the virus. It also binds onto the EBV neurotoxins that, when loose in your system, can cause tingles and numbness, aches and pains, inflammation, depression, anxiety, and more.

Parsley removes high levels of copper and aluminium, which feed EBV and in turn cause skin problems. Parsley’s specialized mineral salts bind onto unproductive acids in the body to drive them out. This alkalizing skill makes parsley helpful for preventing and battling every type of cancer—and 98% of cancers are caused by a virus, which is oftentimes EBV.

Garlic is a powerful antiviral that defends against EBV by killing off virus cells. It’s also an antibacterial that kills off streptococcus, EBV’s cofactor, allowing for fewer UTIs, sinus infections, and opportunities for SIBO. Garlic helps flush toxic viral and bacterial waste out of the lymphatic system. Raw garlic is the most potent way to receive garlic’s healing benefits.

Ginger helps with nutrient assimilation and relieves spasms associated with EBV. With its own signature variety of bioavailable vitamin C, ginger is also a powerful antiviral against EBV. One of ginger’s special qualities is its ability to bring the body out of a reactive state—which can happen easily when EBV is on the scene—by soothing nerves and muscles. Use fresh ginger root whenever possible.

Raspberries are a great full-body detoxifying food, rich in antioxidants that specifically remove EBV’s byproduct and other viral debris from the bloodstream, allowing for easier overall cleansing. Raspberries also tend to bind onto and remove impurities delivered to the intestinal tract by a liver burdened by EBV waste matter.

Lettuce helps cleanse EBV from the liver and lymphatic system and is alkalizing to the body.

Papaya has amino acids and enzymes that when combined create undiscovered sub-compound phytochemicals that repel viruses. Its vitamin C content is an anti-EBV secret weapon and also helps cleanse and rebuild the liver. Look for the Mexican and Central American papaya variety known as Maradol. These medium-to-large papayas are preferable to Hawaiian varieties, which have suffered GMO contamination.

For more information on the health problems EBV causes and how you can heal, please read Thyroid Healing. 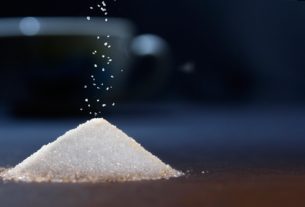 Why Sugar is Called “The White Death” 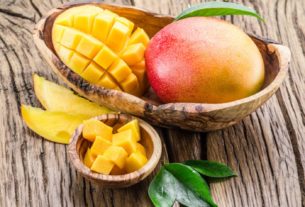 Are Mangoes the Key to Lowering Blood Pressure and Having a Healthy Gut? 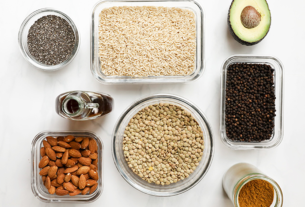 How To Stock Your Kitchen For A Satisfying Plant-based Diet